I have always found it fascinating to hear some myths about being a Lesbian that are out there.   They are outrageous and crazy, yet many people believe they are actually true.   Being that I am a Lesbian in the LGBTQ community, I wanted to dispel some of these ridiculous myths that have surrounded us in the past and still today. 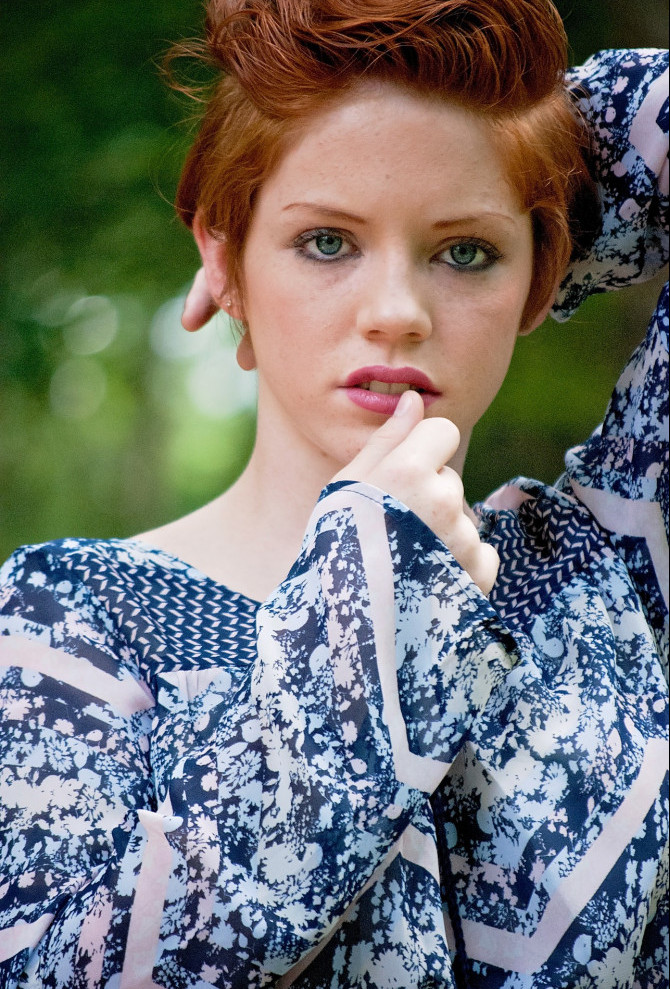 I like to believe that if we can educate and provide the truth behind these myths and inform people, they can no longer say “Oh well I didn’t know that”.

When, you know better you do better.   RIGHT!

1 of us is the male in the relationship

The 1st myth that I have for you, is something I have heard 100 times in my life.   The idea that in a Lesbian relationship someone is the male, and someone is the female.

I am constantly asked this question!   For some reason Lesbian relationship roles need to be defined this way.   This is not the case in real life! 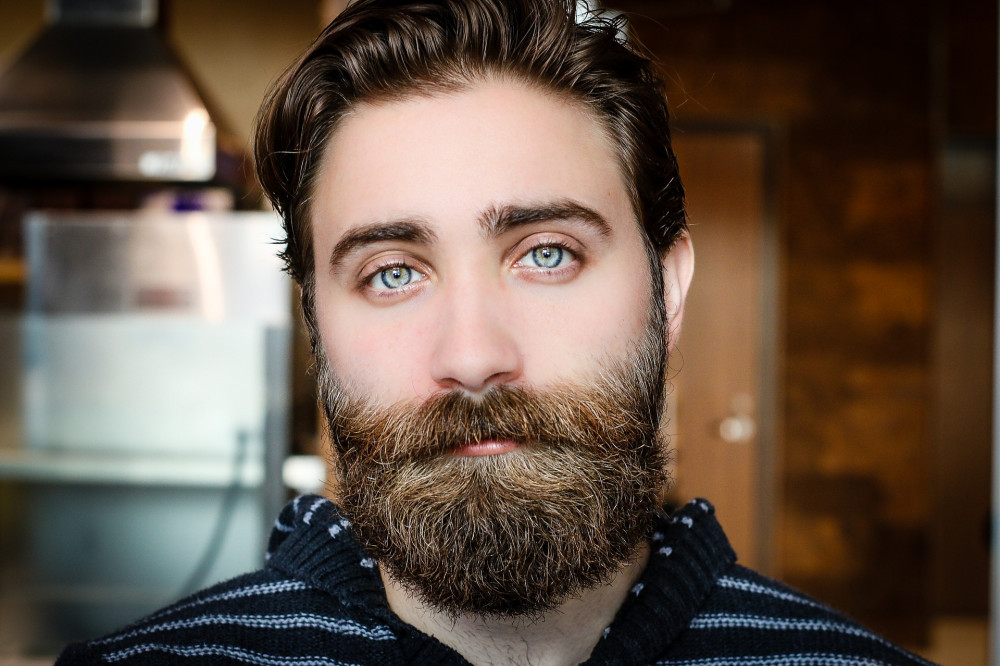 In a Lesbian relationship these roles are individual to each couple. Just like they are for a heterosexual couple.   There isn’t a one size fits all idea of who does what.

Much like any type of relationship, different roles and tasks are tackled by the person that likes to do them best.   It isn’t “oh mowing the lawn is a man’s role”, so you have to do it, as you are more masculine or handy than me. NO NO NO!! 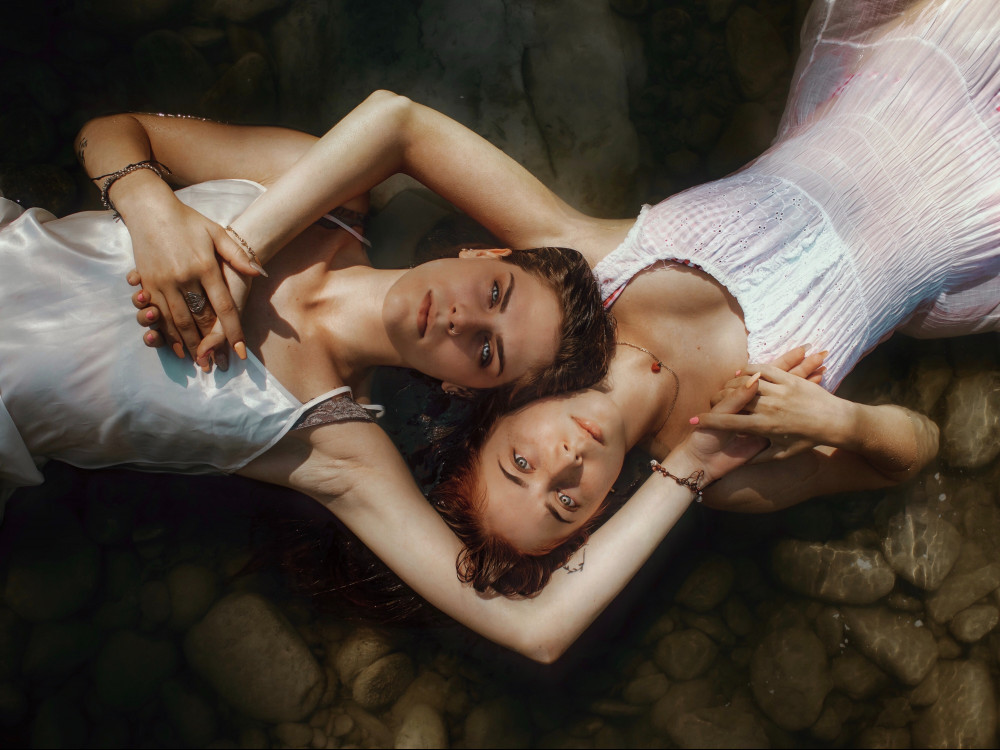 Every relationship is full of compromise and far too often we have to do things that we aren’t good at.   Role stereotypes don’t rule us out from doing them.   A Lesbian relationship is a partnership like any other.

All Lesbians are promiscuous

Far too often I hear this myth that Lesbians are far more promiscuous in their life than a heterosexual female is.

This absolutely drives me crazy!

It’s the idea that because you are women loving a woman that must mean that you are a more sexual person.   That sex is the only thing that matters and that for some reason we are all painted with the same brush.   Literally that all of us just jump into bed right away and don’t want a real relationship. 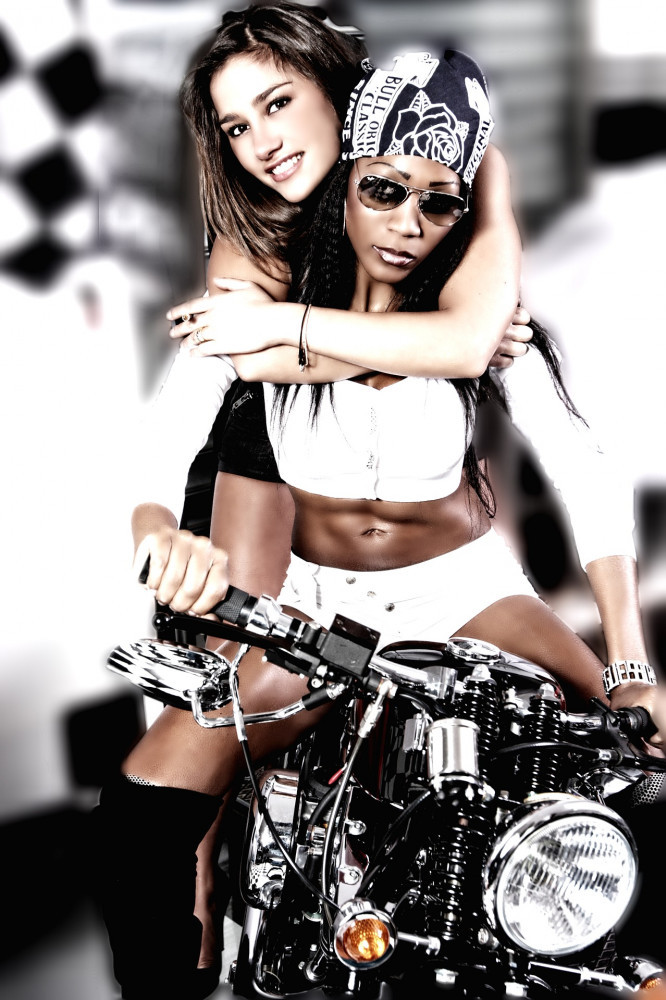 Yes, some Lesbians sleep around more than others, but that is no different than a heterosexual woman who does the exact same thing.  You don’t hear the statement that all women are promiscuous.   NOPE you sure don’t.

All that we are asking for is to be treated with respect and that we deserve to find love, just like everyone else.

This all comes from the old school thinking that a homosexual relationship is “dirty” and “unnatural”.   The idea that anyone that sleeps with someone of the same sex, is somehow perceived as only thinking about having sex and not about meeting someone and falling in love.

All relationships start differently and to think that a homosexual one is somehow only about sex is completely untrue!

Being a Lesbian is a choice

We have all heard that raging myth that people choose to be gay and at any point could just make a difference choice. This of course is utter bull!

I would like to think that we are slowing breaking that long-running myth. Being Gay is not a choice!

There have been tons of research done on this that proves that homosexuality is actually in our biology.   The research even goes as far to say that it is part of our genetic makeup.   This means that as a gay woman, I would be more likely than a straight woman to have a gay sister because of our genes. 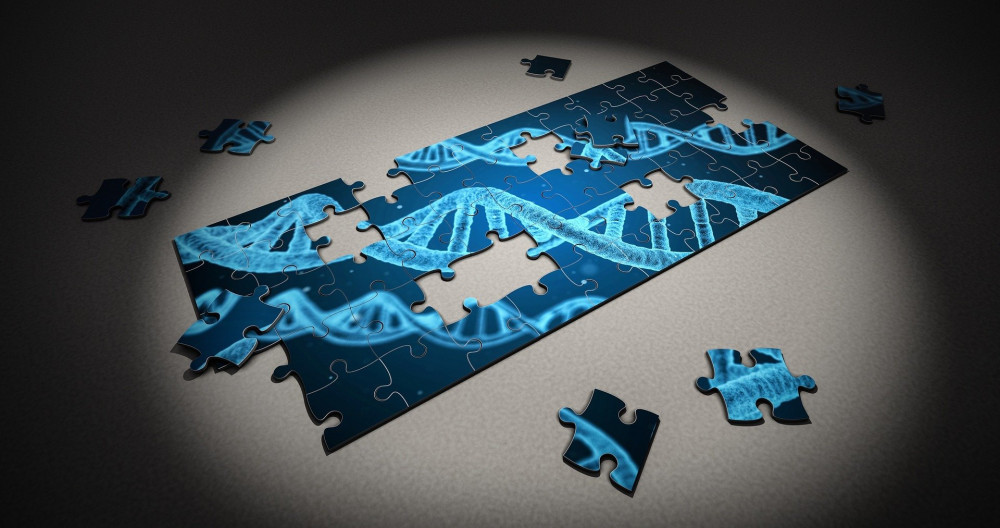 The “gay gene” which is often how it has been described in a headline news sort of way.   Says that we have a genetic marker in our genes that determines whether we are gay or not.   Much the same as how our genes determine our hair and eye color.   It’s GENETIC, it is NOT A CHOICE!

All Lesbians look the same

All Lesbians look exactly the same!   This myth is one of those things that people genuinely believe to be true.

Do you know how many people actually people that you can pick out a Lesbian in a crowd, just simply because of how she looks?

If you have short hair, dress less than society deems to be feminine and fit a certain boyish look about you, than you definitely are a Lesbian.   It is one of the biggest stereotypes! 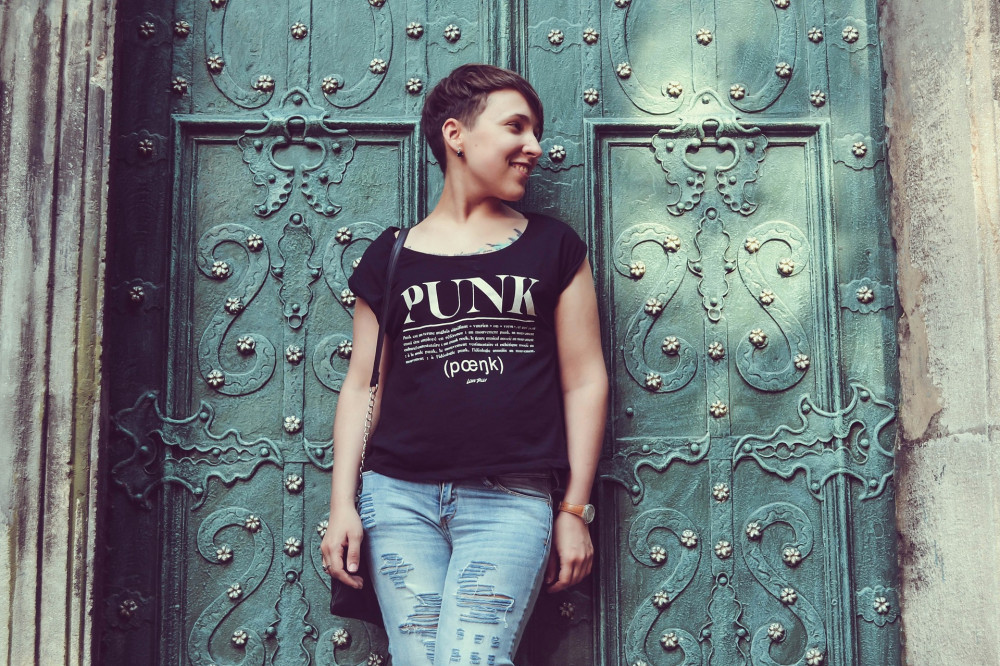 I am here to tell you this is SOOOO far from the truth you would be shocked.   Yes, sometimes this can be true, but you can’t paint people with one brush.   There are plenty of Lesbians that wear a dress and heels that are gay.   Some look sweet and cute like the girl next door. 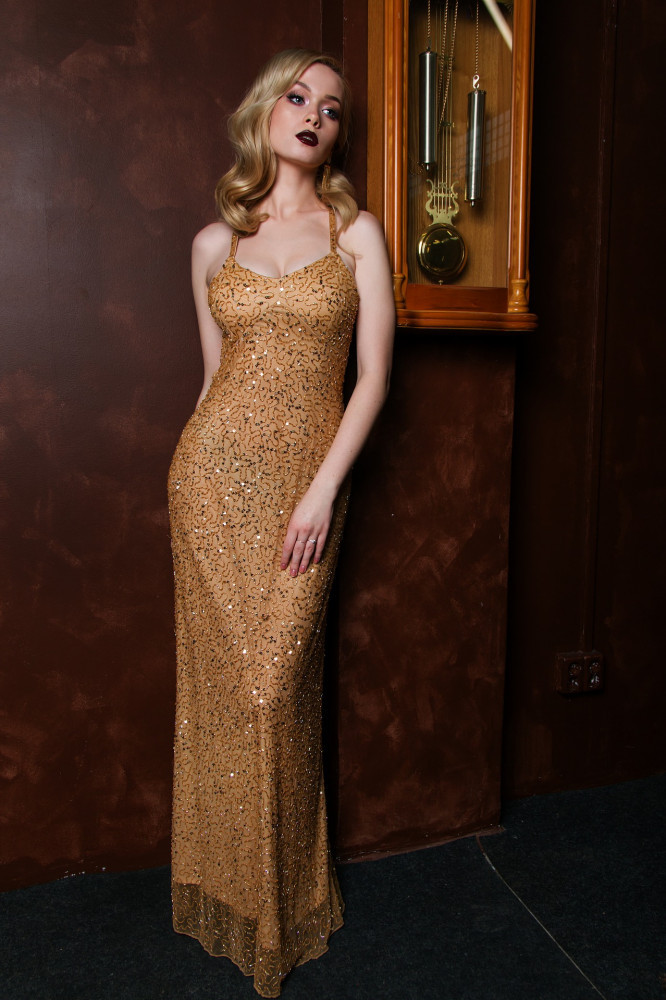 This stereotype is so completely out in left field; it drives me crazy.

Of course, all Lesbians don’t have that same boyish look about them.   That is ridiculous!!

Our lifestyle is distinctive

This myth may surprise you, but many people believe that a Lesbian lifestyle is completely different from their own. The idea that life is just one big pride parade and that we don’t want the same things out of life like every heterosexual person in the world.

Somehow it is full of parties, drinking and promiscuity.   That we don’t have a 9-5 job and want a house with white picket fence.   That Lesbian little girls don’t dream of one day becoming a mom.

Yes, some Lesbians like that party lifestyle and some don’t.   There is no one Lesbian lifestyle that is distinctive from any other women’s lifestyle. 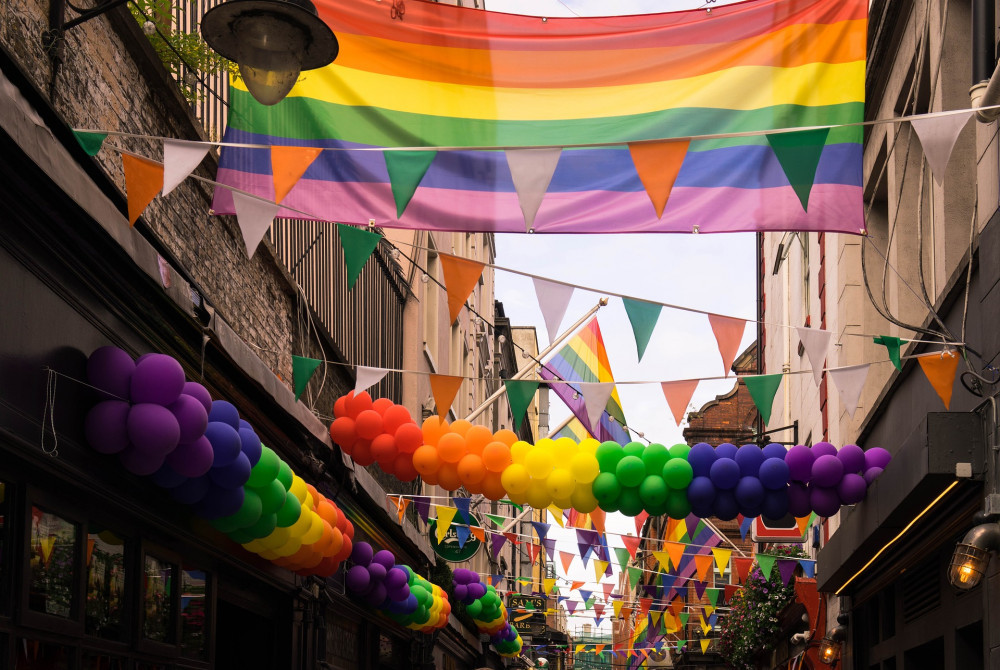 All women have the same choices and dreams of what they want for their life.   They are all unique and special.   Yes, some will get married and some will stay single.   Some will have children, while others get a dog or cat.

There is nothing more untrue than this silly myth about a Lesbians lifestyle!

This myth has me just baffled.   Many people actually believe that as a Lesbian you shouldn’t be allowed to have children.

They say that a homosexual parent, is of course going to raise a gay child.   That idea of guilt by association or the thought that being gay is somehow contagious.   This ridiculous way of thinking is sadly one that tons of people still believe. 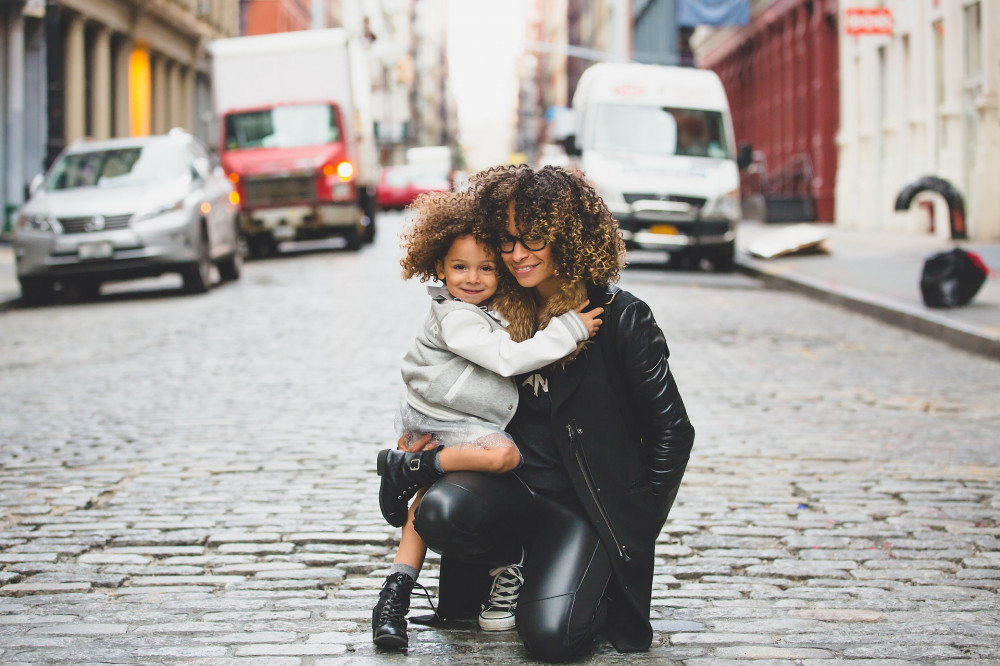 I don’t understand why loving another woman, somehow excludes you from being a good parent.   That somehow who you love plays a part in your parenting abilities.   So crazy!!

There is absolutely nothing wrong with Lesbians, having their own biological children with a sperm donor, adopting, or fostering.   It is exactly the same as any couple gay or straight wanting to start a family.

Just the same way that some couples decide not to have any kids.   Whether you are gay or straight having children is a right and choice for everyone.

This is completely debunked as a myth!!!

I don’t know a Lesbian

I laugh just even writing this myth.   The idea that someone can say “I don’t know anyone that is a Lesbian”! Now that I have stopped laughing, I will continue.

People love to say that they don’t know anyone that it is a Lesbian.   The reason I find this funny is simply because Lesbian’s are not wearing a big bold sign pointing “over here Lesbian alert”.

No, you can’t actually see them.

You don’t know who is gay and who isn’t!

According to an article in the National Post that states that in Canada, 5% of the population identifies as Lesbian, Gay, Bisexual or Transgender.

This means that there are almost 2 million gay people in Canada.   The chances that there isn’t someone in your family, circle of friends or co-worker that is a Lesbian is hard to believe.

Let me just tell you that you more than likely do know a Lesbian and you just don’t know it. 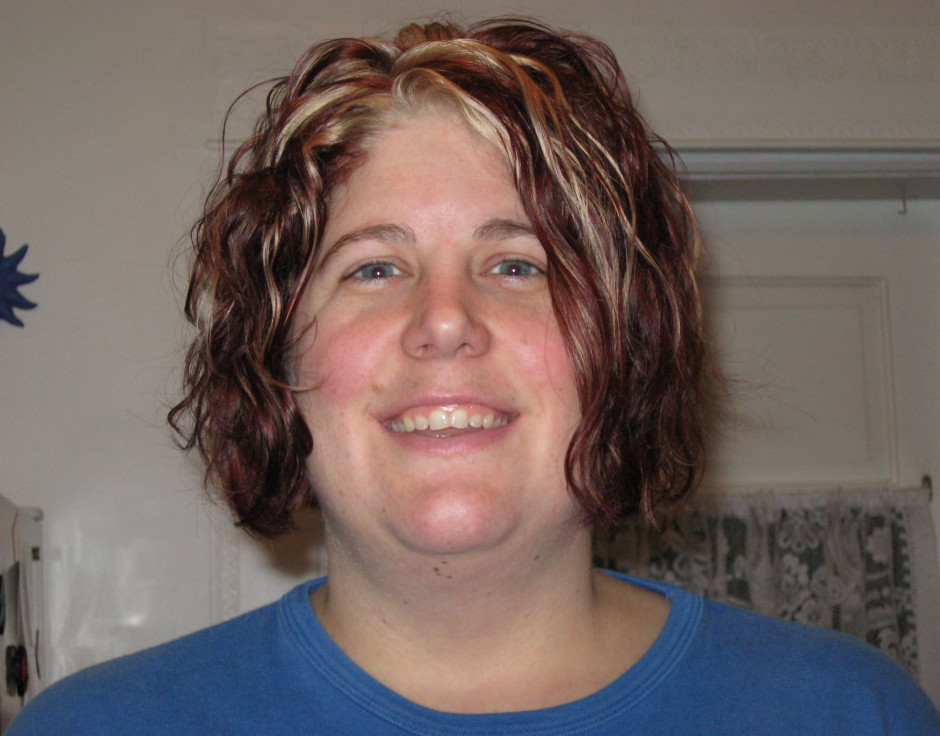 There are many myths about being a Lesbian that still exist today, but slowly they are becoming less and less believed.   One day people will read this post 20 years from now and last that people actually believed any of these ridiculous myths!