Everyone at some point in their life has an injury that they have to deal with.    Unfortunately many people have more than just one or two injuries, some of us end up with a life of injuries.   Sadly I am one of those people.

Some people call it bad luck, injury prone, or just a bit of a schlep rock.    Whatever the reason, I don’t think people realize the toll that it takes on someone being injured so often.   It really is just not something people think about.

My very first injury that I remember goes all the way back to being in kindergarten.    I had this weird toe issue that was causing my 2nd toe to curl under my other toe.   This of course was not something that could be left without surgery so I had to have it fixed.   This was my very first surgery, other than my tonsils.  HAHA!

I still remember my mom taking me to the hospital that day and being rolled into the surgery room.   Back then they still used the big black mask to put you to sleep.   I remember having to countdown from 10 and only getting to like 8 or so and out I went.

Funny how I can still picture that experience even though I was so young.   Once I woke up and went home, I had to use crutches for like 6 weeks.   Not much fun to say the least. 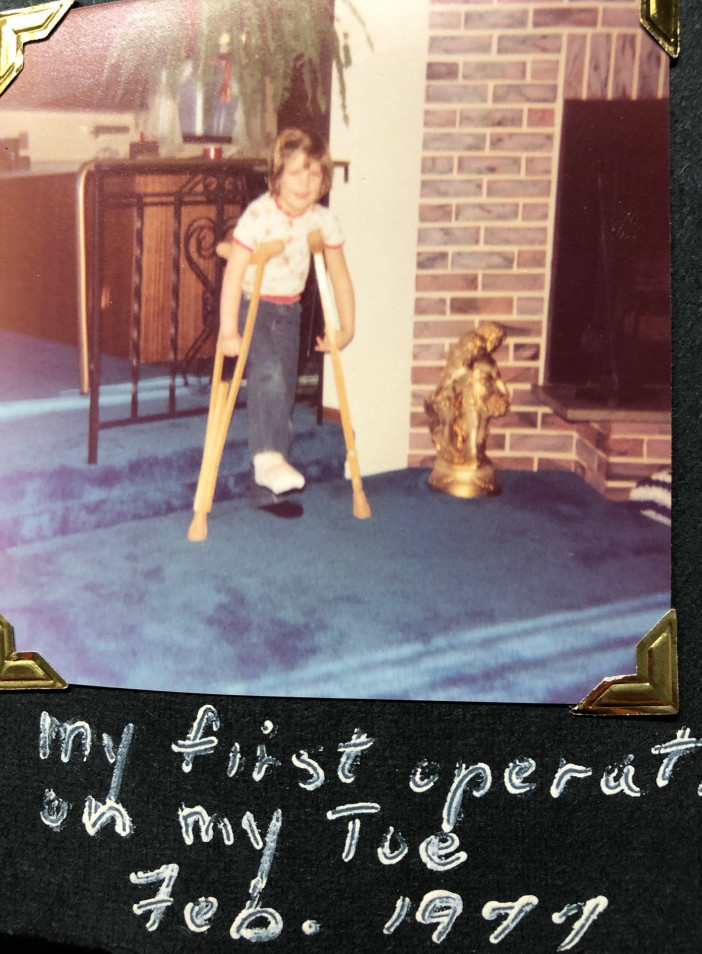 Although I had my first surgery early, it didn’t stop there.   I continued to have small injuries, like most kids.   I will share one funny injury that I had when I was a kid.    It was Halloween and my mom was trying to fit me for my costume.    I was dressing up as a nun!  LOL!  Yup that in itself is funny.

Well anyway while I was standing on the kitchen table at my grandma’s house with my gown on and my mom was trying to cut the sleeves to the proper length.   While cutting, she hit my middle finger and it got cut.   The cut was bad enough that I had to go to the hospital to get stitches.   My poor mom, she felt so bad.

Through my adolescence, I was lucky enough to have no injuries other than usual scratches and scrapes.   Sadly the only 10 or so years of my life, where I didn’t have one.

In my 20s, is really where it all started to balloon and injuries seemed to follow me pretty regularly.   I was very big into sports, from the time I was 6 or so up til my early 20s.    I started with figure skating, then ringette, indoor soccer, baseball and broom ball. 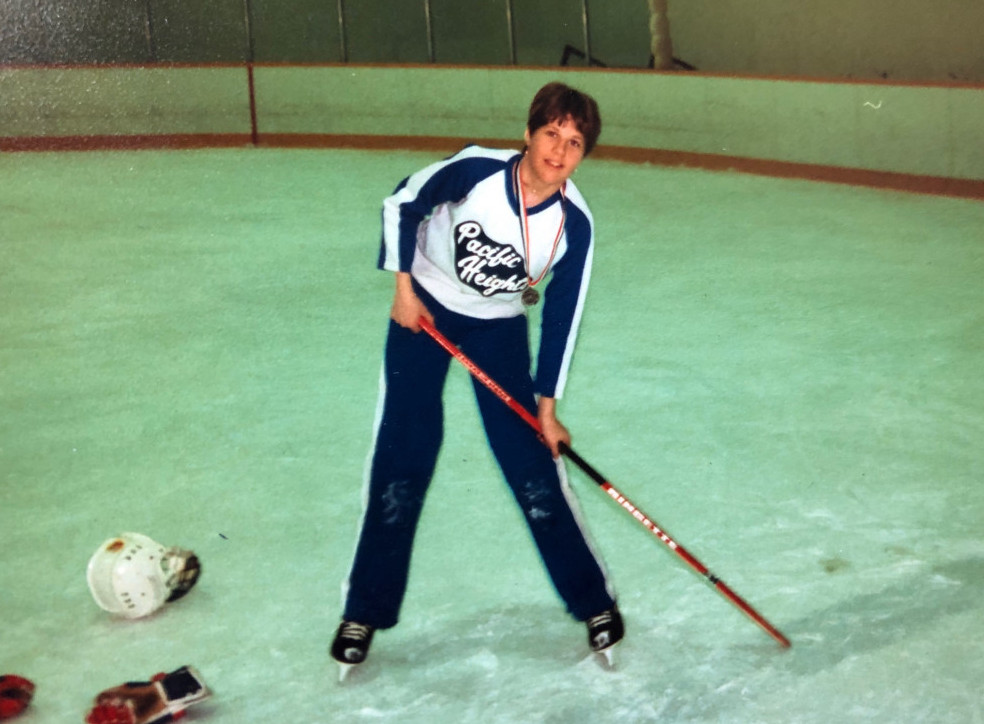 Playing a goalie was how my twenties first injury happened.   I was playing broom ball and took a slap shot off of my ring finger which broke my finger.   After the game, I went to the Dr. and found out that yes it was broken and that I would have to have surgery to insert a pin to repair it.  If I didn’t, it would be crooked and I would be at risk of arthritis very early.

That surgery although small was incredibly painful.   I couldn’t sleep for days after because it hurt so much.   Odd, how something so small could hurt so much.  It also didn’t help that the pin literally stuck out the end of my finger which made it pretty easy to hook on stuff.   That did not feel good!

After the finger the next injury I had was my back.    Sadly this injury, will plague me my entire life.    The crazy part of my back injury, was I didn’t do anything to actually injure it.   One day, I just bent over and that was that.   I was a fit, healthy and physically active person, so it just didn’t make sense.   The injury was awful, I couldn’t sit, walk, or really do anything at all.    I literally spent all my hours laying on the floor on a mat.   It was the only comfortable position I could find.

My initial back injury was one that took months to get better.    After a CT scan the official diagnosis was inflammation in my SI joints.    Weeks of physio, stretching, icing and rest along with cortisone injections in my hips, it finally got better.

My back since that incident has reoccurred every 3-5 years.    It comes on out of nowhere, it has happened making my bed, vacuuming, and pretty much doing nothing.   Usually ending in a trip to the emergency room, where an X-ray and drugs is about all that’s done.    I have even had to call the ambulance in 2017, when my back injury happened, I couldn’t move at all.  Through ever incident, I have never gotten any definitive answer for why this keeps happening.

The back injury, was a big one, but wasn’t the only one.    Just to summarize a few of my other significant injuries:

Actually seeing it all written down on a list, is pretty staggering to see.  Spread from my 20s all the way up to my late 40s. 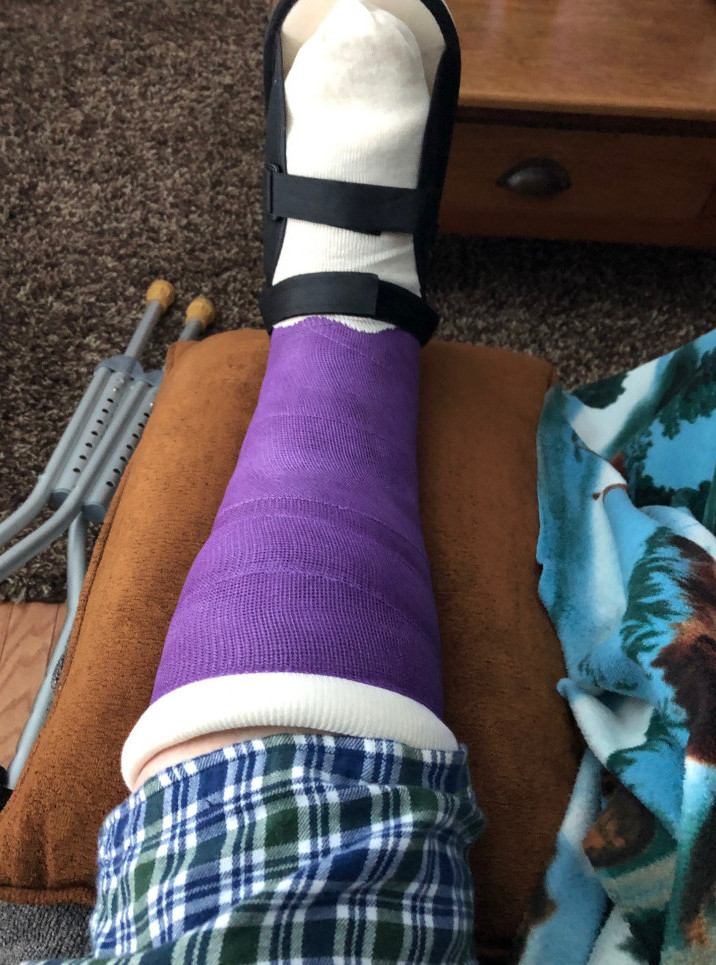 I don’t think people realize the mental toil that having lots of injuries can have on a person.    Firstly there is the actually instance when the injury happens.    Like falling 18 feet off a ladder while repairing an aerial telephone line, or tearing your ACL and hearing the pop.    Every single instance, was extremely painful when they happened, which honestly plays with your psyche a bit.

The ladder fall, was during my job, so even after my foot was all fixed up, I had to go right back up the 24-foot ladder on my first day back to work.   There is fear that comes with these types of injuries, that is honestly very hard to shake.

Being laid up and injured is something that really tests my mental stability, ever time they happen.    The mental space that I am in isn’t always a positive situation.   You can’t help but feel down, depressed even isolated being in pain and unable to move properly.   People have said to me on more than one occasion, “Wow you get to be home for winter”, or “It must be nice to have the summer off” and my favourite, “What did you do now”.  Really….

I am sure they aren’t said to be taken that way, but still it hurts to hear it said.   The stigma that being injured and off is somehow a sort of vacation, is also an extremely difficult space to be in.    Unless you have been injured or laid up for months at a time, saying stuff like that is very insensitive.   So now, I am stuck dealing with those comments, which again, doesn’t do much for my self worth.

I think that every time I have an injury, all I think about is the isolation that is coming and the pain that I am also going to have to endure again.   Together it truly is the perfect storm.

Let’s be honest, when you have had as many injuries as I have had, people pretty much stop visiting, checking in or having any contact with you at all.    Nobody wants to deal with a person that is injured all the time and struggling.   I think I would have to say, that this is the hardest part of being injured a lot.

I talked about the mental toil that injuries have taken on me,   I can’t tell this story without talking about the physical toil it takes.

Yes an injury means that some part of my body is obviously injured, but what about the rest of my body.    Well I remember when I fell off the ladder and injured myself, a few days later I said to a friend of mine that I was worried about getting fat again.   I had just made it a few years without any injuries, and had lost a bunch of weight.   Of course being laid up with a foot injury, meant that I was once again going to be immobile for an extended period of time.

Sure enough after multiple surgeries, I managed to gain all the weight I had lost back.   Very deflating!   Then there was the time that I tore my ACL and had to wait for a surgery date.   It took 22 months before I could have the surgery.    That mean that I was in a hinged knee brace that entire time. 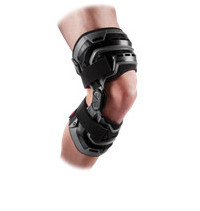 Do you know what it is like to walk around limping and walking awkwardly for that long?   Not much fun.   Also the awkward walking style affects your overall gate and creates issues on my back and hips.   Not to mention that I gained 50 lbs from that injury.

Whatever the length of time the injury lasts that of course is not the end, because then the rehab starts.    Hard work, painful exercises and hours trying just to get back to your new normal.    As we know once you have a big injury, your body is never the same.    You never get back to feeling the exact same way that you felt before the injury. 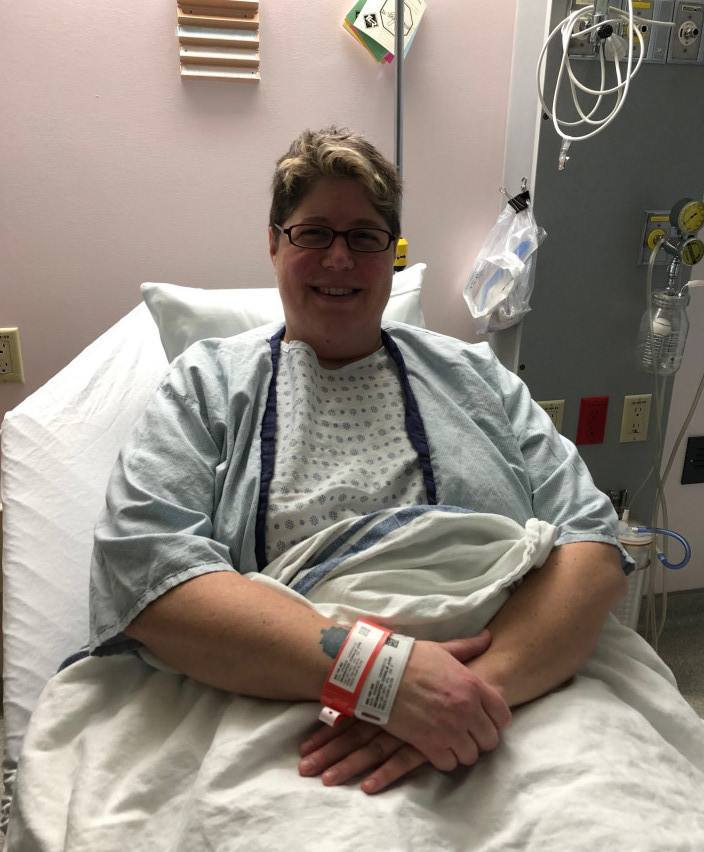 The last almost 18 years, I have been so lucky to have my partner Roxanne by my side.  Truly the only person that has been there for me and understands what I have been through.   Without her, I wouldn’t have been able to go through all this on my own.  She sees how hard it is easy for me to be my full self when I am injured and in pain.  Her patience really has been a rock for us.

I am also lucky to have a family that is supportive and understanding of the difficulties I have had with a life of injuries.

At almost 50 years of age, I currently am dealing with a foot injury that has so far resulted in 2 surgeries in 12 months initially caused by being attacked by a cat.  The injury happened while I was trying to protect myself .  Currently I am now waiting for another assessment to try to figure out after my second surgery, what is going on with my ankle, so that saga is still continuing.

I guess through all of my injuries, I have realized that for whatever reason, this is my life.   I am just destined to battle through injury after injury.   There is absolutely nothing I can do about it.   Nobody can go through this life for me, so I just try every day to make it through to the next.

The reason that I wanted to tell this story is in hopes that people will get a bit of an insight into what it really is like to be a person that has to live with constant injuries.

I hope you have enjoyed reading my story and if you have had any injuries that have impacted your life, I would love to hear about them, just comment below.

2 thoughts on “A Life Of Injuries”