Shoes are one of the most important things that we wear everyday.  They protect our feet and the rest of the body. The key to longevity in a shoe is the quality and of course the comfort. Anyone that hasn’t lived under a rock has heard of Van shoes.  A very cool and stylish rubber shoe.  But are Vans shoes comfortable to wear? 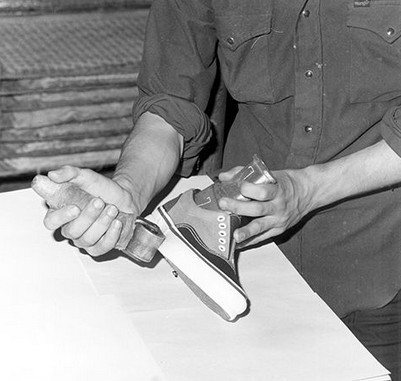 We all know that we can wear a pair of shoes for many hours at a time.  Nobody wants to do that in shoes that are not comfortable and of course not cool.

Let’s look at where Vans started and their history.  Then we can talk about whether they are comfortable or not.

Van shoes are the #1 skateboard runner on the market.  But did you know that the original name of the company was the Van Doren Rubber Company.  Started by 2 brothers Paul and Jim Van Doren, along with partners Gordon Lee and Serge Delia in 1966.

Their very first store was located in Anaheim California.  A true unique store that actually manufactured the shoes, right in the building.  Then using the store front sold 12 pairs of shoes on the very first day.  All you would have to do is place your order in the morning and than by the afternoon, your shoes would be ready for pickup.  Such a cool concept. 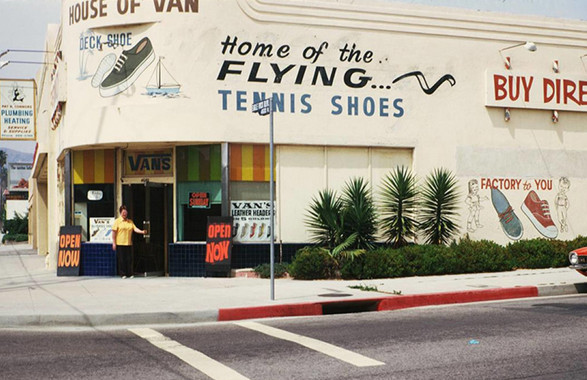 The original shoe that was sold that day was called the “Deck Shoe #44”.  A rubber sole lace up sneaker canvas shoe. As you notice the shoe was called #44 which was how the company released the shoes to the market, rather than by the name.  The popularity of the shoes quickly lead to word of mouth with people saying “Hey let’s head to Vans to get some shoes”.  This shortened way of describing the shoes quickly stuck and that is how Vans became the name. 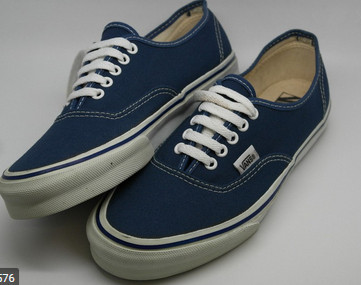 By the 1970s the shoes had caught on by skateboarders, for the sticky sole the shoe had.  In 1976, the #95 shoe or “Era” shoe was created with side padding and came in a variety of different colors.  This shoe became the most popular skateboarding shoe of that era. 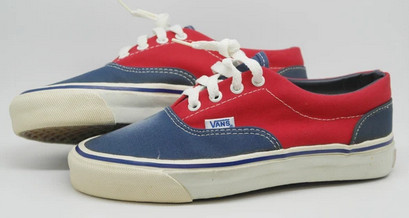 From there, in 1977, they released shoe #36 or the “Old Skool” shoe which was the first shoe that included leather panels on the side to ensure long term durability.  This is also the first shoe that the “Jazz Stripe” on the side of the rubber was seen, or doodle as it was called by Paul Van Doren.  To this day, this is one of the most famous Van shoe.

We also saw the very first slip on version of Van shoes with the model #98.  The slip on version of their shoes are know as their most iconic shoe of all time.  With its black and white checkered design and with the help of BMX and skateboarders, sales of this shoe quickly took off.

To finish off the 70s, Vans released its first high top shoe to the market.  This shoe #38 or”Sk8-Hi” was very popular for the skateboarders, as the high shoe offered protection for their ankles while boarding these are of course known for their super comfortable and cool design. 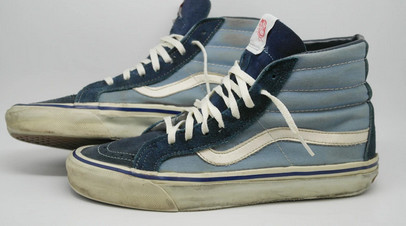 By the end of the 70s, Vans had over 70 stores located in California and was shipping shoes all over the world.

In the mid 80s Vans did go through some difficult times filling for Chapter 11 bankruptcy protection.  The shoes were selling well, but the company had drained all their resources.  Jump 3 years later to 1987 where they emerged out of that bankruptcy and paid all creditors back 100 cents on the dollar.

In 1982 in a little movie called “Fast Times At Ridgemont High”, Sean Penn wore the classic slip on checkered shoe #98.  This catapulted the shoe to greatness.  Still one of the most iconic shoes that Van ever created.

The 90s saw the shoe company to continue to grow and by 1991 they had hit the NASDAQ Stock Exchange for public offerings.

By 2000 Forbes recognized Vans as “America’s Best Small Companies for 2000”.  Vans has continued to be a huge market in the skateboarding community.  So much so that they were part of bringing movies like “Dogtown and Z-boys”, further cementing their contribution to the sport.

On March 16, 2016, Vans celebrated its 50 year anniversary in the shoe market.  That is an incredible accomplishment for any company, let alone a company that started making one rubber sole very unique and cool shoe.

We have talked about the history of these cool shoes, but what about whether they are actually comfortable.  One could say that a shoe that is able to survive over 50 years obviously must be comfortable.  But is that true?

By 2011 the company had over a billion in sales, so doesn’t that answer the question about comfort?  They were the first skateboarding rooted brand to break this barrier.  Could all of these people truly be telling us that the shoes are cool, unique and of course comfortable?

I know I keep saying that the company has made shoes for the skateboarding market, but to be real, they are shoes that are worn by everybody.  Whether you skateboard or not, since the day we saw Sean Penn don the shoes in 1982 their success has continued to grow.

If we look at the original shoes dating back to the 70s and 80s the shoes truly offered no real cushion or padding on the sole itself, so really the original shoes were really not that comfortable.  The ankle collar could rub on your heel and the top stitching could rub on the top of your foot.  With no arch support at all, they can easily lead to sore feet.

So if they aren’t comfortable, why are they so popular?  People decided that the style, look and easy to ease of the slip on version was more important than comfort.  Let’s also think of the demographic of their shoes in the beginning. They were young kids and young adults.  Comfortable footwear is not something that this group is ever overall concerned about.

Let’s jump forward to now and the invention of Vans ComfyCush Technology.  This was the game changer for Vans and really changed the idea of whether they were a comfortable shoe.  Vans took their original classics and completely reinvented them with this technology.  These reinvented Vans included:

The new version of these shoes, addressed all the reasons why there shoes weren’t that comfortable.  These redesigned classics look surprisingly similar to the originals, so you don’t lose the original look for comfort.

Vans new sole is what has completely changed how the shoe feels when we wear it.  A layered approach to the original waffle sole with a layer of ComfyCush sole on top.  Interesting enough, it makes the shoe actually lighter weight and even more flexible when you walk. 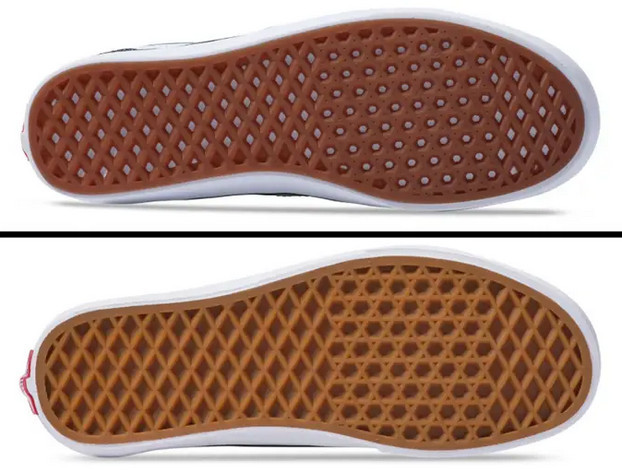 As we all know the tough part of a company redesigning our favourite products usually has an impact on how we feel about them.  This also usually means a huge price increase. Nope not with Vans…. The shoe only went up $10 USD dollars per pair.  That is a small price jump, for a shoe that now offers so much more comfort.

The beauty of what Vans have done is that they didn’t compromise on the original style of the shoe to provide extra comfort.  Keeping true to the design of the originals shoes with these new comfy shoes, you can even notice the difference when looking from afar.  This commitment to keeping their shoes unique and cool has been mastered.

Some really cool facts about Vans, that you may find interesting is:

As you can see, Vans has been through a lot.  It makes sense when you have been around as long as they have.

We have spent much time talking about the history of Vans and how they have truly been a shoe company like no other.  Their are very few companies that have the longevity and success in shoes like Vans has.

Vans has certainly had its ups and downs, from Chapter 11 to creating designs like football, basketball, racquetball, wrestling, skydiving, break-dancing shoes with no success at all.

What Vans have learned over the years is a lesson many companies eventually figure out, stick to your original dream of what your company will offer to the market.  Vans has always gone back to the original shoes and designs that has made them the success they still are today.  Stay cool and stay original, that is what long term success looks like.

Personally I would answer the question are Vans shoes comfortable with a NO for me.  Now to explain why I say that is simply because I truly have the worst feet around and I unfortunately can’t sacrifice comfort for style.  Trust me it makes me sad everyday. When I was young in the 80s, I did own a classic pair of Vans and back than, they were comfortable for me.  I guess let’s just chalk it up to getting old. LOL! Darn.

6 thoughts on “Are Vans Shoes Comfortable”