Every kid watches or has watched cartoons at some point in their childhood.   They are just a TV staple of entertainment for all kids.   When I was growing up, we had far fewer channels and way less options.   Funny enough though, we still had some of the best old cartoons around.

It didn’t matter that we maybe only had 3 channels (farmer vision) as we called it…up until my dad finally splurged for us to get cable.   There were always awesome cartoons available for us to watch. 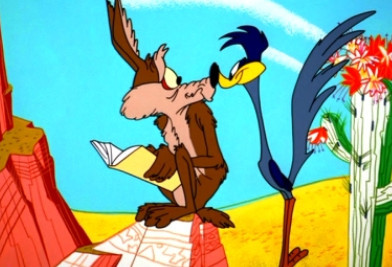 Maybe it was the smaller selection that made us so loyal to this selection of cartoons.   But whatever it was, I would be up every Saturday morning to catch my favourite shows.

When we think of old cartoons, what are the first ones that come to mind?   Well let’s take a look.

There have been so many amazing cartoons throughout history, and shows that have really managed to stand the test of time.   If we look back through the decades, we will see that some of the very best all time cartoons were on TV a very long time ago.

Did you know that the first cartoons that were made, weren’t even for children.   NOPE!   It was designated as a word to describe a design, drawing or painting done by an artist or painter to show a model version of finished work.

Let’s look at the history of the cartoon through the eyes of Merriam-Webster.   They state that the word cartoon first appeared in the 1600s from the Italian word “cartone” meaning pasteboard.   It wasn’t until the 1800s that the word cartoons meaning was used to describe a “humorous drawing.”

In 1843, it was first seen in the British magazine called “PUNCH.”   The word has developed from a humorous drawing to a comic strip to a full on cartoon or animated TV show.

The Flintstones was created by Hanna-Barbera Productions and debuted on TV September of 1960 on ABC.   This animated cartoon told the story of Fred and Wilma Flintstone living in the Stone Age town of “Bedrock City.”

Along with their neighbors, Barney and Betty Rubble each episode tells a humorous story.   There is always some thwarted scheme or plan that Fred and Barney mess up throughout the show.   Their silly and stupid plans just never seem to pan out for them.   The shenanigans that these 2 pals go through truly is the heart of the show.

Accompanied by Fred’s dog “DINO”, and later on their baby girl “Pebbles”, and the Rubbles boy “Bam Bam” this group of characters warmed our hearts.

The show ran from 1960 – 1966 and had 167 episodes.   It is so crazy that this epic cartoon only ran for 6 seasons and yet had such a long lasting impact on any kid who watched it, including me. 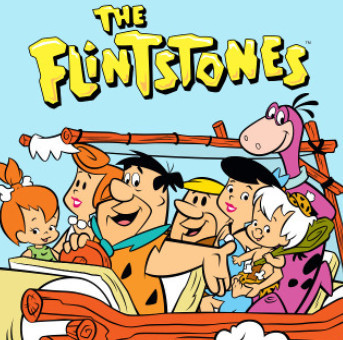 For me growing up, we would race home every lunch from school to catch that 30 minute episode that we could squeeze in before heading back to school for the afternoon.

This groundbreaking cartoon was the first cartoon to get a prime time TV time slot.   Not to mention that it was the longest running animated show for 3 decades, until “The Simpsons”.

Way before the Flintstones was created Hanna-Barbera had created a show called Tom and Jerry back in 1940.   The show at the time was made for MGM and included 114 shorts.

What made this historic show so popular was the relationship between a cat named “Tom” and a mouse named “Jerry.”   This dynamic duo was always trying to get the best of each other.   Tom never quite managed to get one over on Jerry.

Each story was full of mayhem and at times a bit of violence.   Every once in a though, the pair would work together to help solve a problem rather then trying to kill each other. 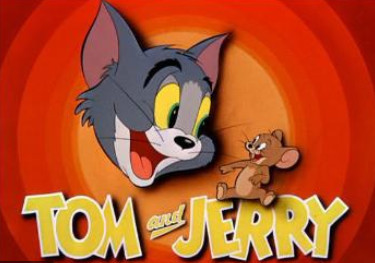 I think that people really loved this pair and deep down knew that they generally cared about each other even though they would try to antagonize each other to no end.

Once it was over, the show continued to resonate with people and sparked a ton of spin offs over the decades.

One of the oldest cartoon animated series is Looney Tunes. Warner Bros produced this series from 1930 – 1969.

Now that is longevity.

This epic series has brought us such amazing characters like: 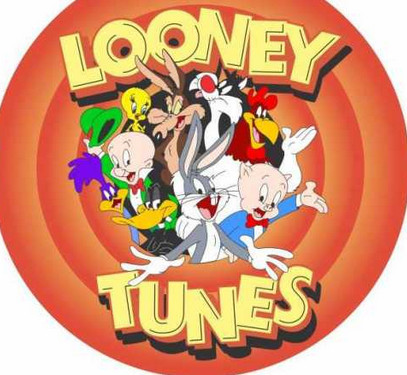 The success of Looney Tunes is a worldwide media franchise, that continues to share its characters in movies, TV, commercials and more.   Everyone can remember sitting down to watch an episode when they were young. Even as an adult, these characters have stayed with us.   There just isn’t a bad time to watch one of these shows.

We all remember the epic tales of Road Runner and Wile E. Coyote.   So much fun to watch Coyote constantly try to get Road Runner, but of course it was to no avail.

Even though the story line didn’t have to be that different from episode to episode, we are always excited to see what happens next.   It was like we didn’t know what was coming.   HAHA!

Today these shows are syndicated on the Cartoon Network and are still keeping young kids entertained.

Charles M Schultz was an absolute genius.   He shared with us some of the most amazing and special cartoon characters of this century.

Originally created as a comic strip that was first published in 1947 under the name Li’l Folks.   But in 1950, the comic strip was renamed “Peanuts.”

His featured cast of characters included “Charlie Brown” who was actually created as his alter ego.   Accompanied by so many other amazing characters like Snoopy the beagle dog who is Charlie Brown’s dog.   Along with: Lucy, Linus, Peppermint Patty, Woodstock and Marcie.

Each of these characters made this group super special.   It was the ability of Charles to make these characters ones that we find so easy to connect with.   We loved watching this group of friends tackle anything that comes their way. You know a cartoon is good when you have characters that don’t even speak, like Snoopy and yet your are so tuned in.

One of the best things about Peanuts was the special TV episodes that were created for special occasions.   From “Charlie Brown Christmas” to “It’s A Great Pumpkin, Charlie Brown”, to “A Charlie Brown Thanksgiving” these specials’ today are still played every year like clockwork. 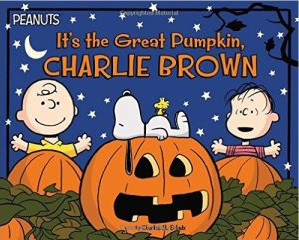 Families still sit by their TV anxiously awaiting these specials’ year after year.   Whether you are 40 or 4, these characters are a part of our family and will always be there to keep us entertained.

In 1969, Hanna-Barbera struck gold once again with the cartoon creation of “Scooby-Doo Where Are You.”   This cartoon tells the stories of a animated group of teenagers that were friends.

The group consists of:

Fred, Velma, Daphne, Shaggy and of course Scooby the dog.   This group of friends were tasked with solving mysteries in each episode.   Usually some sort of ghost was causing havoc for an old house, workplace or more.

With humor, playfulness and even a bit of fear they constantly kept us on the edge of our seat.   We are always waiting to see how the gang manages to solve this mystery time after time. 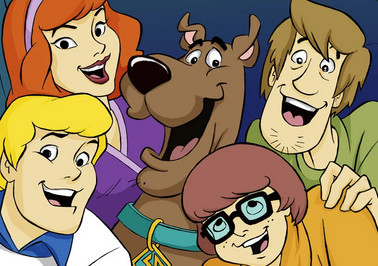 Shaggy and Scooby are always the ones that seem come face to face with the ghoul or ghost.   Usually not handling the situation with the best of courage.   LOL!   Still no matter what, this group is true to their friendship and love for each other.   This love always seems to enable them to win in the end.   The mystery is always solved.   HAHA!

These characters that started out as a Saturday morning cartoon, are now keeping kids entertained in new movies, TV specials’ and even comic books.   No matter where you are, you can always find a Scooby-Doo show that will make you laugh and for that moment make you forget anything else that is going on.

Let’s also not forget the epic yell of “SCOOBY-DOO” that just makes us all feel bettter.

Last but not least, Hanna-Barbera once again created a unique and special cartoon in “The Jetsons.”   Although not as popular as the other 5 cartoon shows, this show was very big when I was a kid.

What made this show so different from all the rest of the cartoons, was its futuristic setting.   Taking place in Orbit City, this show revolved around the Jetson family.

The family was made up of :

There was other characters like Astro, the dog, Rosie, the Jetson’s robot and more.   What made this so much fun to watch, was the unique settings in the future with robots, houses raised up on columns in midair and unique their mode of transportation which was an Aerocar with a bubble top.   This was so unlike anything we had seen in any other cartoon. 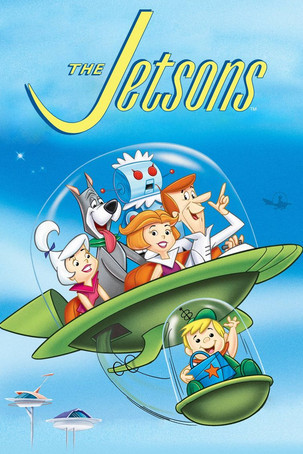 I think to date, this show still seems like a cartoon that was far beyond its time.   Even though the cartoon did not have a long run like some of the others, they are still reaching kids today with things like a “Jetson’s” theatrical movie in 1990 and other TV specials’.

When it comes to talking about the best old cartoons, it always brings me such joy to remember how much they were a part of my childhood.

I truly enjoyed those Saturday mornings where you just sat in front of the TV for hours with back-to-back cartoons.   I know today there are so many more shows that kids watch, but for me, they will never be as good as the old cartoons.

I guess you could say I am a bit biased. LOL!

I hope you have enjoyed my trip down cartoon memory lane.   I would love to hear your stories of growing up and which cartoons were your favourite.