Video games has always been something that boys like to play.  Especially when I grew up in the 80s.  There weren’t many girls that played video games back then.  But me of course being such a tomboy that didn’t apply to me.  I was always hanging with my brother and his friends, who loved to play video games.  So was I the exception to the rule, or do girls play video games all the time? 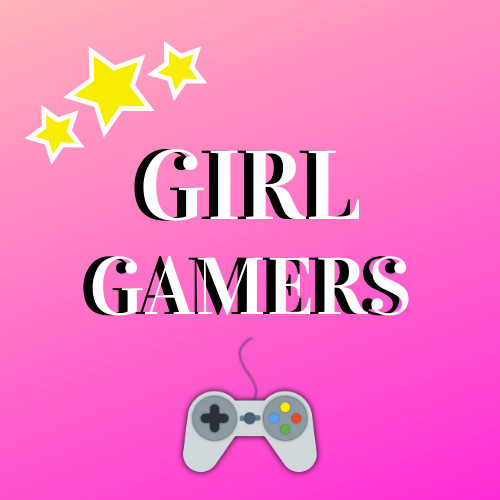 In the 80s video games looked very different then they do today.  I always count myself lucky to grow up at the beginning of our love of video games.  I think because of that, I have a firsthand account of where video games all started and was one of those girls that fell in love with video games.

By understanding the history of video games, we can then delve into the idea that girls do playing video games.

Video games go as far back in history as the 1950s.  At that time they were very simple games played only by computer scientists who created the games.  In the 1960s there were some 3D games being played on computers.  We all know that Pong was one of the first popular video games and it was made by Atari in 1972.  The game was very 2 dimensional, but at the time very fun to play.  This was the game that help establish video games as an industry all on its own. 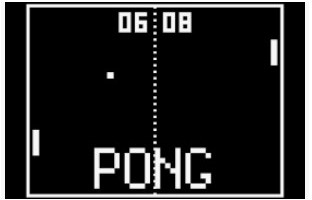 In the late 1970s and 1980 video game consoles and computer games became popular in family households.  This also brought the beginning of the arcade era in video games.  So our 2 choices were going to the arcade or playing at home if you were lucky enough to have a gaming console.

The most popular early gaming consoles at that time were Atari and Colecovision.

In 1983, there was the “video game crash”.  Mostly caused by the flood of the video game console market, far to many cooks in the kitchen.  The market just got over saturated.

By 1985 Nintendo jumped in the market vowing not to make the same mistake as the other game consoles.  This was when we saw the beginning of Nintendo’s rain on the video game console market.  Nintendo Entertainment System (NES) was rolled out with its flagship game of Super Mario.  Nintendo has gone on since this first system to super stardom with systems like Super NES, N64, Nintendo Wii and now Nintendo Switch. 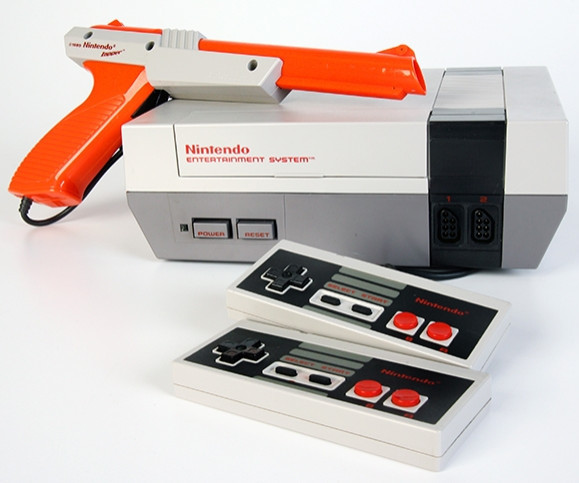 Sega joined the party in 1988 with Sega Genesis and had the game Sonic the Hedgehog as their most famous game. They continued through the years with Sega Saturn and Sega Dreamcast.

In 1994 Sony was one of the finale companies to join in on the video game craze.  They rolled out PlayStation in 1994 with many popular games like Crash Bandicot, Tetris, Final Fantasy, and Resident Evil just to name a few.  They proceeded to make PlayStation II, PS3, and PS4.  Throughout the decades, they have been a huge player in the video game industry.

Back in my day, if your parents weren’t splurging for the newly sought after gaming console, the only way we could play video games was to go to the arcade.  Just in case you don’t know what an arcade is, I will fill in the blanks for you HAHA!

An arcade was a small commercial spot in a mall or strip mall where they would have tons of stand up or table-top video games you could play simply by putting a quarter in the machine.  Once the game was over and you ran out of
plays, you would have to reinsert another quarter to continue.  They were awesome!   All of your favourite games in one room.  Let’s just say I went through quite a few rolls of quarters back then.  My favourite game
is not going to be a surprise to anyone that grew up when I did…….duh duh duh……PACMAN!!!

When I wasn’t playing video games at the arcade, I was pestering my parents to buy us our first gaming console at home.   It took awhile, but finally we had my parents convinced.  We were heading to the U.S. for summer holidays and dad promised us we could get one there.

Well he did buy us one, but of course it wasn’t one of the more populargaming consoles like Atari or Colecovision.  Nope! He bought us Intellivision II.

OK, so if you haven’t heard of it, that isn’t surprising, as it wasn’t very popular.  Yes we didn’t get the console that we wanted, but back then, you were just happy you got anything extravagant like that.  The system game with its flagship game Lock N Chase.  It was based on a Pacman type platform, but instead, you were robbing a bank.  LOL!  I know, seems a tad inappropriate to be playing robbers, but that was then. 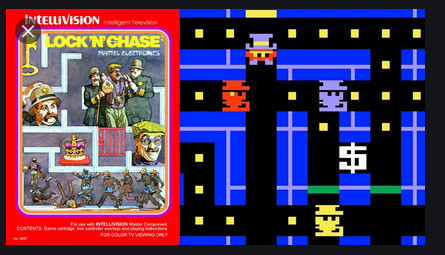 We sat and played that video game console for hours and hours.  It is still one of the big highlights of my childhood. As I got older, playing video games was never one of those things that I out grew.

We have talked about how video games got started and touched on some to of the biggest players in the market.  It is time to talk a bit about girls and how many are really playing video games.

Girls over the past few decades, have really become players in this male dominated pastime.  Since 2010 women make up almost 50% of all gamers. 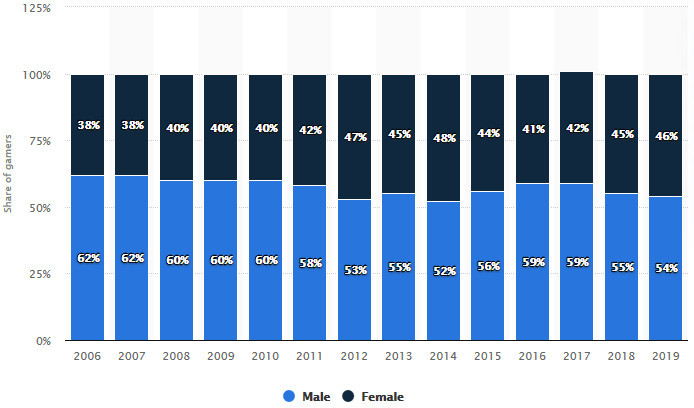 Yes we now know that girls play video games, but when they play, they do it differently then boys.  8% of boys play video games with their male friends while only 25% of girls play all by themselves.  Just like myself, I always prefer to play alone.

Girls play video games, that much we know no, but why don’t more girls play?  I have an idea as to why the ratio of girls to boys playing video games is still so skewed.

When you look at video games characters and the story or design of games, there aren’t that many characters that girls can relate to.  If we look back at all the older games, there was definitely no characters that were geared towards girls.  In the past decade, it has gotten better, with games like Tomb Raider and The Last of Us. As a girl that likes to play these amazing games, I still think that they need to continue to create games with strong female characters.

Today I am still the proud gamer who owns an original PS3 and a PS4.  My favourite games today are Uncharted, Tomb Raider, Call of Duty, Ratchet & Clank, The Last of Us, and Metro.

The one thing about gaming is that like music and movies, they can take you away into a different world.  You get a break from your life.  I could have the worst day, and yet once I fire up that game, I don’t think about anything else.

I know not all girls like to play video games, but sometimes I think just trying it out would surprise a few.

To answer that question do girls play video games, the answer is absolutely 100% YES!!

I hope you enjoyed reading my post and I would love to hear your thoughts.