While you are out driving around, have you ever looked at a Jeep Wrangler when it drives by you.  If you have, then you may have noticed that the majority of them seem to be driven by women.  Why are there so many Jeep Wrangler girls?

What is it about Jeeps that attract a women buyer?

In order to understand why there are so many girls that now drive Jeeps, you need to know a bit about what makes them so great.  Stay put and take a read so I can explain to you why I think Jeeps are the best vehicles.

I LOVE MY JEEP WRANGLER AND AM DEFINITELY A JEEP ENTHUSIAST!

Throughout the past 75 years, Jeep has been around, their commitment to creating an amazing product has not wavered. With the slogan “Go Anywhere, Do Anything”, Jeeps have created a way of life not just a flashy slogan.

Jeep first came into the picture back in June of the 1940s.  Originally Jeep was created in a time of war to help aid soldiers in World War II.   The first Jeep prototype rolled out in 1941 was the Willy Quad and was a 1/4 ton light reconnaissance vehicle. The Willy Quad got it’s name simply because of the 4X4 system that the Jeep featured.  At the time, only 2 prototypes were ever made.

The Quad prototype needed to make some changes in order to meet the US Army’s specifications.  Things like the weight of the vehicle, adding a gear shift on the steering wheel and of course the 2 round instrument displays.  Once all the changes were made, the redesigned Willy MA became the Willy MB and it was introduced.

By July of 1941 Jeep had officially received the army contract. 16,000 Willy MB with a price tag of only $738.74 were shipped to the US, Russia and England.  Due to the small number of Willy MB made, there are only appromiately 30 left in existence today.  Which makes them the most sought after Jeep for Jeep enthusists to date.

It’s unbelievable performance that was simple and dependable made it the GI’s best friend from 1941-1945. During this tough war time, the Jeep was used in every scenario of combat.  One of them even collected it’s own Purple Heart and was sent home.

Once the war was over, Jeep then decided to create a non war time vehicle for civillians.  Hence the CJ model or Civilian Jeep was rolled out.  The original plan with the CJ was to help the over 5 million farmers that need a vehicle on the farm to replace the horses that were previously used.

There are many things in Jeep’s history that has continued to make Jeep a well sought after product.  Originally they were made to be a helpful vehicle during war time.  Over the decades they have become a vehicle owned by people looking to stand out and for people that of course wanted to have fun with their truck.

If you have every driven a Jeep, then you understand when I say that Jeep’s are just fun to drive, fun to travel in and fun to pack up and take into any adventure.  Whether it is heading out to off road, trekking to the lake or just hitting the highway, Jeep makes the whole experience that much more joyful.

Let’s be honest, how many vehicles have a removal roof, with removable doors and a windshield that folds forward.  Or have speakers on a bar right over their head. HMMM….None!!  These features make Jeep fun to play with. Driving around on a sunny day with the roof off or rolling down your soft top roof this open air ride is unlike any other vehicle.

The rugged interior, is completely washable and the added extras you can use for hauling, storage or even just strapping a bike rack are second to none.  They really are a family fun vehicle.  So whether you are hauling dogs or kids, Jeep has the flexibilty to adapt to whatever your needs are.

Driving a Jeep, I always say is like driving a Tank.  Now I mean that in a good way, simply because of how you feel behind the wheel.

Jeep takes safety very seriously, and through the years have continued to ensure that driving a Jeep is a safe way to travel. They Wrangler is equipped with: 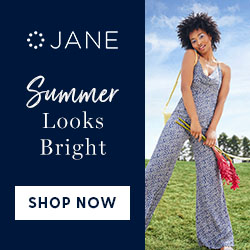 There are even some safety upgrades available in some of the most recent Wranglers. Things like blind spot monitoring, rear parking sensors, rear camera, and rear cross path protection.  All of these extras make Jeep Wrangler an awesome and safe vehicle.

Just to give you a personal example of how safe and sturdy the Wranglers are, I am going to tell you my story. Not long after I bought my Jeep Wrangler in 2014 and was working in Montreal. After a long day of work and stuck in traffic, I noticed from my rearview mirror, that a Transit Van flying in behind me.  With nowhere to go, I just had to sit and wait for him to rear end me. Hmmm that was fun!! NOT!

After the impact, I got out of my Jeep and was expecting the worst.  The front of the van was completely smashed and then I looked at the back of my Jeep ….I WAS PLESANTLY SURPRISED!! After closer inspection the only thing I could see that was damaged was the spare tire mount was cracked.  I had a huge sigh of relief, and couldn’t believe how smashed the van was in comparison to my Jeep.  AMAZING!!  This just shows us that a Jeep Wrangler can certainly take a hit.

What makes these particular Jeeps go so long, is the shear ability to handle the toughest of terrains and conditions.  From the very beginning with the Jeep Willy MB in WWII, they have been there at the worst of times.

The Jeep has been through many changes over the decades, but the one thing that remains the same is once you buy a Jeep, you never want any other vehicle.

In my life, I have owned 3 seperate Jeep Wranglers.  I bought my first Jeep YJ soft top in the early nineties.  It was on my list of vehicles that I always wanted to own.  Anyone that knows me personally knows how many vehicles I have owned in my life.  A LOT, and almost as many houses! HAHA, but that’s a story for another day.

I bought this Jeep used, and it was purple with a black soft top. Yup Purple!! It also had some cool side decals on it. I loved that Jeep.

I wasn’t done there, I bought a brand new Jeep YJ about 3 years later.  It had a hard top and was an awesome medium blue color.  Buying that Jeep, I was so excited, I even had it jazzed up with custom decals. GO WITH THE FLO was done on both sides of the hood.   It was awesome. Summertime rolled around and, I would take the top off to cruise around, it was awesome!!

Then last but not least, I bought Moby! My current 2014 Jeep Wrangler Altitude Edition 4 door is my big blue whale as I call it.  Hence the name “MOBY” like “Moby Dick”.   A bright blue with the hard Freedom top of the same color.   A real beauty. Totally loaded and an absolute dream to drive around in.

I am just one of many Jeep Wrangler Girls out there, but my Jeep is that truck that everyone notices.  No matter how far away you park, it can always be spotted.  Just a real looker. I bought Moby without even seeing it in person, the picture was enough.

When I am driving Moby around, I feel proud and joyful all at the same time. I never worry about bad weather, not having enough room or whether or not I need to worry about not making it somewhere. My Moby tank has never failed me.

I think the reason that girls are now jumping into the Jeep Wranger market is for all the reasons I just laid out. Safety, functionality, longevity and the most important thing of all FUN!!!  They are fun.  Fun to drive, fun to look at and fun to be part of the Jeep family.  That family that nods or honks when you pull up next to each other.

I think the ladies are now realizing that no matter what life scenario they are in, they would rather tackle it in a Jeep Wrangler than any other vehicle.

Scroll back to top