What makes a watch popular and last for years?  Is it the quality, the style or it is just how popular the brand is?   I found Mens Casio G Shock watches years ago from my sister Carey.   She is a watch junky for sure!  The first time I saw her watch, I instantly knew that I wanted one.  That is the wonderful thing about sisters. LOL!

Today I am going to share my love of G shock watches with you.  Let’s take a look at the history of Casio.   I will show you a few of my favorite watches and what makes them so cool!

Casio has been around for many decades.  Did you know that Casio didn’t start making watches right away.  Nope.  They first started in 1947 by making a finger ring called the “Yuwiba” that was used to hold a cigarette.  The first hands free way to smoke.  LOL!  They quickly become popular and by 1954, the company of brothers Toshio, Kazuo and Kashio took those profits and decided to expand into the world of calculators.  Back then, calculators were big clunky and ran using gears and cranks.

They decided to take Kashio knowledge of calculators and develop their own calculators using solenoids.   It didn’t take them long to perfect the desk top calculator and by 1954 they had the first 10-key number pad.   In 1957 the Casio Company was officially born.

Through the years, Casio expanded their product line and by 1980 they included musical instruments like keyboards and of course the wrist watch.   It was one of the earliest creations of the quartz watches both digital and analog.  This was also the first appearance of the calculator watch.   Yes, we all remember the awesome calculator watch.  It was become popular when it made an appearance in Back To the Future on Michael J Fox’s wrist. 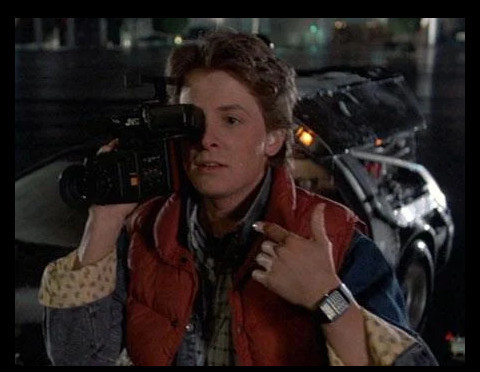 Casio made the first watch that was capable of showing time in different time zones.   This was a big deal back then.  Their technology continued to grow from there getting to the technology of being able to use Global Positioning System to sync up with radio towers for the most accurate timekeeping.

In 1983 the company created G shock watches.   Created literally because Kikuo dropped his watch and broke it.  He wanted to fix the strength and durability of a watch by making it triple resistance to impact if dropped from a height of 10 feet. Just think about that, 10 feet is a long way down.  The watch was also water resistant and had a battery life of 10 years. By creating a shock resistance watch design, that had 10 layers of protection.  Helping protect the quartz of the watch with rubber bumper top, stainless steel back, hardened mineral glass cover and outer buttons on the side to help set and control the watch.

The invention of this watch changed the way we think about watches.  Typically, they were delicate, small and something that you needed to handle with kids gloves.  This first watch showed us that a watch could be durable, functional and yet a bit clunky.  Honestly though it took awhile for the G shock to fly off the shelves.  It wasn’t until the next knew design DW-5200 C that the watch become popular. 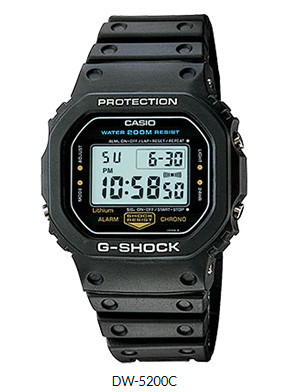 This was until the commercial that showed a hockey player who used the watch instead of a puck to shoot.  After that commercial, G shock watches started to really boom.  Because of the durability of their watches, they were popular with the outdoor enthusiasts, fire fighters and policeman.

It took awhile for the watch to go to the more mainstream route, simply because it was a bit clunky and really not that pretty.  But personally for me, I was always drawn to that big watch face, rubber bands and amazing features.   Their watches aren’t a delicate
design to say the least.   For this reason, it was mainly popular with men, simply because of the size.  But of course being a tomboy, was all over this knew watch.   I didn’t care if it is a men’s watch or not.

By the 1990s after design changes, G Shock introduced the first tri-colored liquid crystal graphics.   The model was the DW-5900 C.   This particular watch, made a huge impact on the skateboarders market in the U.S. 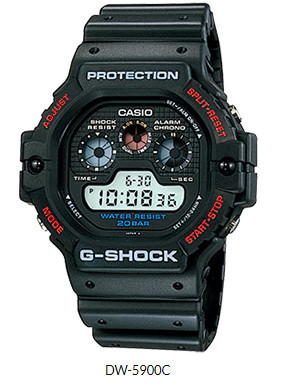 The funny part about it all was, it was this watch that finally made G Shock a household name in its own company of Japan. Youth in Japan finally took notice and quickly made it the watch every young male wanted.   But oddly it was only available outside Japan, so that lead it to actually become a very popular import in its own company of origin.

Popping up in clothing stores and shops around Japan.   Sales went from selling 10,000 watches to 700,000 by 1995.  This also made it the first watch to become popular amongst youth.   Typically, watches were not worn by the younger generation, but that all changed with G shock watches.

By the mid 1990s they even rolled out a diving watch called the “Frogman” that allowed divers to wear it underwater to a depth of 200 feet.  Just cementing their commitment to creating knew watch designs that could continually push the boundaries of what a watch could be.

By 1997 G shock watches were in a bit of a decline and decided to get back to it roots of rugged and tough performing watches.

Through the next few decades, G shock has continually pushed the envelope with it’s watches.   Using innovative technology that has brought us radio-controlled, solar-powered technologies.  These knew features also included triple G resistance which is:

No matter what features you are looking for G shock has continued to surprise us with their cool designs and colorful chunky big watches.

My love of G shock

Throughout Casio’s watch reign of over 40 years, I have constantly been amazed by their ability to design watches that have continued to keep us coming back for the next knew watch.

I personally own 4 Men Casio G shock watches.  They vary in color and style. No matter what the occasion, I find a way to wear one every time I go out.  They vary in price depending on the style and place of purchase.  Each watch comes in one of these very cool metal container that is great for storing your watch in.

Casio does make smaller women’s watches called Baby G watches that were first designed back in 1994.  Baby G’s offers the same toughness as a standard G shock mens watch, only with a much smaller design.  The standard G shock watches were just thought to be too big for women.

I of course call my self the exception to the rule.  The bigger the better when it comes to watches for me.  When choosing a watch, make sure to check out buying a Casio Men’s G Shock Watch, you won’t be disappointed.  To be honest, I bet you will be surprised just how many ones there are to choose from.  Happy Watch shopping!

I hope you enjoyed my review of the Casio G Shock watch.  I would love to hear your thoughts and comments below.